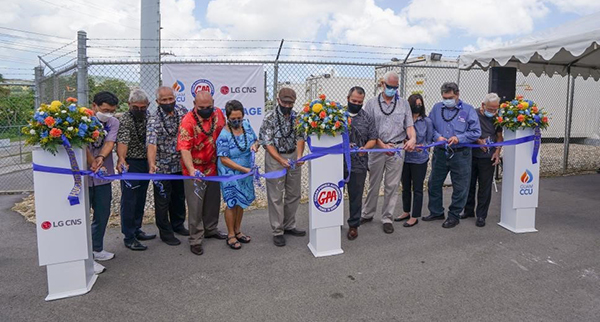 Fully operational on March 1, 2021, the project was designed and constructed by LG CNS. The system is comprised of two sites. One site is 24 megawatts (MW)/6 megawatt hours (MWh) in size, while the second site is 16 MW/16 MWh in size.

A video that provides an overview of the BESS can be viewed here.

In honor of Asian American and Pacific Islander (API) Heritage Month – commemorated each May – the American Public Power Association’s Public Power Current newsletter recently spotlighted the leadership roles our API colleagues have at public power utilities across the United States and at our U.S. territories in the Western Pacific. We kicked off our coverage by sharing updates from Guam.

We'll send reminders on upcoming board meetings, ECA calls with members, and other important happenings.